Arts, Music and Media for a Peaceful Planet

IndiaJiva are multi-instrumentalists and composers Ron Ragel and Vicki Hansen, who have carved  a niche for themselves in the field of world fusion music – creating a new synthesis in sound, transporting their audiences and listeners beyond the borders of both East and West.

They perform an array of traditional and modern instruments such as sitar, lap steel guitar, keyboards, flutes, didgeridoo, guitar, bass, percussion and vocals.

IndiaJiva’s music appeals so deeply because despite its contemporary feel, it still succeeds in keeping alive the meditative nuances of its’ traditional roots. One hears Indian temple chants with exquisite soaring melodies in their music, sending the listener effortlessly spinning into states of bliss.

Their interpretation of the music traditions of the East enticed music industry giants Sony Music to rush to their door to win distribution rights to their music, enabling them to reach an  untapped market in India and to an expatriate Indian market all over the world. Today one hears their music everywhere – from the Himalayas in the north, to the beaches of Kerala and every corner of the Universe.  It seemed that the Indians had a strong and intuitive feeling for their own music and they recognised that IndiaJiva, in playing their music, had caught its’ very soul, at the same time interpreting it in a new and contemporary way. Modern Indians were now experiencing their culture from a more global viewpoint. IndiaJiva, after all, means the “soul of India”.

But it is just not in India that they enjoy a devoted and passionate fan-base – it is also in the USA, Europe, Canada and South America. The top selling distributor on indie music the world over, CD Baby, has had them consistently in the top ten best selling artists in the Yoga and New Age categories. They have have released over 18 albums internationally as well as workbooks on yoga, sound and spirituality as well as sacred art, titled meditations on nature.

Today they travel the world performing for celebrities in the USA to conducting yoga and music therapy sessions for celebrities in their home country of Australia.
Listening to the music of IndiaJiva on their CDs or live in concert is a profound heart experience. Their performance outfits range from  Ron and Vicki as a duo, playing their exotic instruments, to a full blown band – a truly unique phenomenon who weave together seemingly disparate elements into a thrilling organic Musical Whole.

They can be seen in small and large concert halls from yoga barns to Festival stages, IndiaJiva continue to quench the thirst of their local fan base to international audiences and continue to find newer audiences – their youtube channel is currently over the 10 million mark and counting 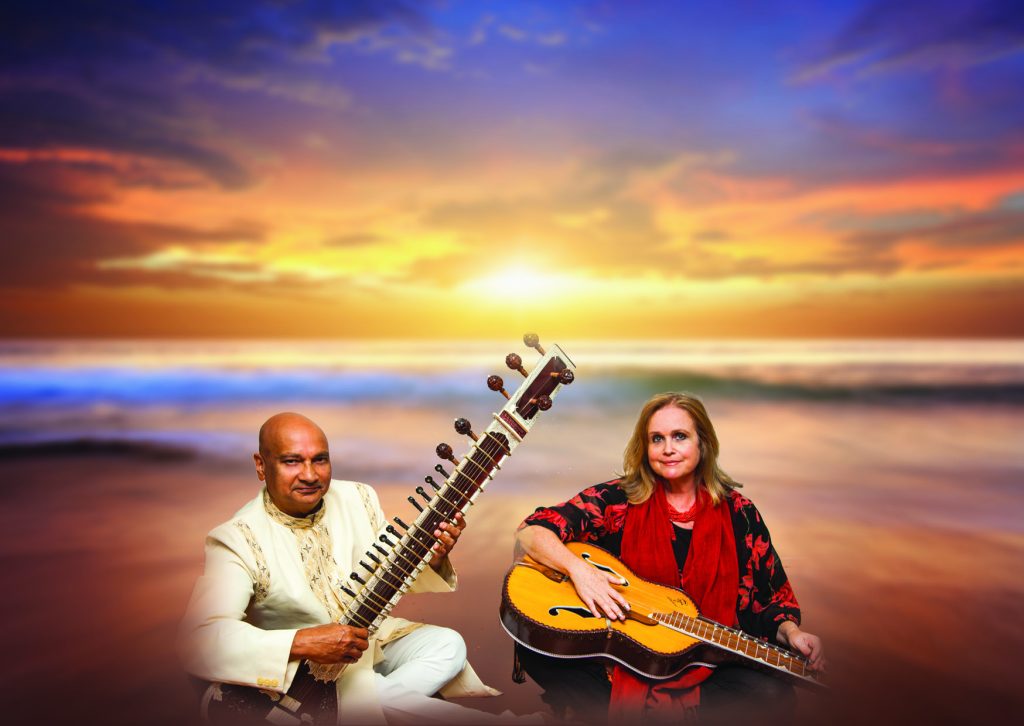 Take advantage of our special Earlybird offer!
Normally $189 now only $69

If you'd like to register for the course - here are the instructions.

If you have any other questions, please don’t hesitate to reach out to us.